Nagpur – Amazon is a multinational technology company with many bags on their block, ranging from e-commerce to cloud computing to digital streaming and artificial intelligence. The company may now attempt to control the delivery ecosystem.

Amazon will flip the script by hiring Flex drivers to deliver packages from mall-based retailers, allowing sellers to ship from their own stores using the e-commerce giant’s delivery service. According to CNBC, the company has been informing its flex drivers for quite some time that the company will be testing a new programme in which gig workers will fetch packages from retailers in their area and ship and drop them off at customers’ doorsteps.

What exactly are flex drivers?

The lineup suggests that drivers must deliver packages from their own vehicles and yes the drivers are independent contractors.

According to the notice, “Amazon Flex is testing a new offer type near you.” Retail delivery offers will allow you to pick up and deliver pre-packaged orders directly from participating local shopping centres’ non-Amazon retail stores.”

For the time being, the notice has been sent to gig drivers in Las Vegas, and it is unclear which stores will participate in the test or when it will be implemented in India.

According to Kate Kudrna, an Amazon spokesperson, only a few “existing Amazon sellers” are participating in the programme, and the ecosystem will undergo some changes while remaining operational. The only significant difference right now is that pick-up will take place in retail stores rather than Amazon delivery stations or supermarkets.

He went on to say, “We’ve been delivering from third-party stores for years.” “This is yet another way we can connect Amazon sellers and customers through convenient delivery options.”

In terms of a previous Amazon story, Amazon Flex was launched in 2015, where the company began the programme of its in-house logistics arm. The programme, which operates across cities, employs ordinary drivers to deliver packages from their own vehicles.

If we are to believe that the retail behemoth is on its way to conquering other shipping services on third-party websites. The new formula will allow customers to enjoy the benefits of prime shipping even when shopping outside of Amazon, while also increasing business for Amazon’s growing fulfilment sector. 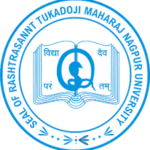 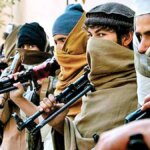 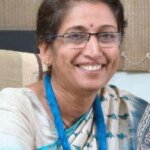