Everything you need to know about iOS 16

The beta version of iOS 16 is going to release next month whose developers’ preview is available to developers at developer.apple.com from June 6, 2022. The company has announced significant features in the WWDE 2022 to enhance users’ experience. The company’s 15.5 version was recently released in May and has some minor changes keeping security changes at priority. This new version of iOS will bring forth many unseen features to add to the user’s ease and experience. The developers’ preview of iOS 16 comes with the following features-

This is one of the biggest changes the company has done to enhance the way their user feels while using the device. The lock screen on their phone will be customizable now. That means users will be able to change background colour, font colour, and size of time and date, move the wallpaper photo up or down and many more customization options are added. The user can set multiple screens according to their mood or space and will be able to change it with a swipe. They’ll be able to add different widgets to different screens. Now, users can categorise their screen into work, personal, entertainment and add widgets accordingly to keep personal, and professional space separate. It will also let the user filter out distracting content, for instance, the focus filter will only show websites related to work and the same can be done with messages, emails, etc. when the user has selected the Work screen.

The notifications will now appear at the bottom of the screen instead of the top to give you better visuals of the selected photos. Significant work has been done with the animations and splendid graphics are added to the available screens.

The new iOS will also suggest the photos based on the user’s mood and categories. Many attractive screens are also added including weather, which will show a live broadcast of weather with related animations. Users can choose to shuffle the screens or choose the pre-customized screens to be visible.

Live activities are added to the lock screen that will give constant updates on a live activity happening, like a football match, weather updates, or the details of the Uber ride that is yet to arrive.

The company has also added new features to the messaging app of the OS. The new iOS 16 will have an edit message button, so users can edit the message instantly after sending the message for any typing error, punctuation error, or any other type of error. The users can also undo the sent message instantly after sending the message and lock a message unread. The new OS will also enable Share Play in the Message to share YouTube videos directly in messaging app to enjoy the video while chatting. Another great feature added to the Message is Dictation.

Dictation is yet another tool in iOS that is being used 18 billion times a month. The company has kept the dictation safe by keeping it an in-device feature thanks to their Neural Engine technology. This time the dictation has been improved by adding a keyboard while dictating for an easy switch between dictation and typing. The user can also select a text and dictate over it to change the text. Dictation also adds punctuations to the text for easy use of the feature without shuffling from voice to keyboard and vice versa. The user can also call the name of the emoji followed by the “emoji” word to add the emoji without switching to the keyboard. These features will also work when you send messages with Siri.

The iOS also has an advanced Live Text feature which will also work with video. The developers can pause a video and interact with the text or codes. The users can also pause the video to convert currencies, translate languages, and can use the camera app to translate when there’s a lot of text.

The Visual Lookup is also updated and users can now share the subject of an image by selecting (through touch and hold) and lifting it to various apps like Messages. The feature will be available on iOS, iPadOS, and macOS.

To enhance the use of the Apple Wallet, the company is working to deploy the use of virtual ID cards saved in the Wallet App of apple instead of the physical one. Some selected TSA security checkpoints have started accepting Wallet IDs. To ensure the safety, only needed information will be shared with the apps, for example, instead of showing the date of birth, the age will be shown to keep the user’s personal information safe.

The users will now be able to share keys to homes, offices, and other places through iPhone Wallet. Corey Fugman, the Senior Director (Wallet and Apple Pay) has also assured us that soon phones other than iPhone will be able to accept keys and for that, they are working with IETF to make sharing keys, an industry standard.

Maps have been redesigned for 10 countries and later, 11 new locations will be added to this feature-loaded new designs of maps. The new city experience gives a detailed visualisation of roads, and buildings to improve transit navigation and overall driving experience. Multi-stop routing which is already a feature in Google’s Maps has finally made a place in iOS Maps where users can add up to 15 stops manually or through Siri. Maps will now store previous routes for easier navigation. Users can plan the multi-stop route on the map and share it with iPhones when they need to go. Users can now see a ride’s fare in advance and can integrate Transit Cards to the Wallet for easier payments. The cards will show an alert for a low balance to avoid any payment trouble.

Apple has also introduced a Look Around feature which is recently announced by Google Maps as well, which allows users to integrate their Map with third-party apps to have a detailed visual of any location.

Now users can share purchases and subscriptions with up to 5 family members. Parents can create child accounts with restrictions on movies, books, TV series, etc. to monitor screen time and prevent them from age-restricted content. Users can also set up a new device for their child with the same restrictions by integrating both devices. Family Checklist is added with tips like location sharing and alert of updating child’s safety with time.

A significant change is being done in Photo Sharing this year with iCloud Shared Photo Library. This is a separate library that can be shared with other users to share photos with them. The photos can also be instantly shared through the camera app to this library. The library can be shared with 5 people, everyone having permission to add, delete, and edit photographs.

This feature is added for those who want to escape an abusive relationship. In the Safety Check section, users can review and reset the access given to their location and data. This feature will help them cut ties and have a safe escape from abusive relationships. Access to iCloud is denied for all the devices other than the device in the user’s hands for added security to the data.

The matter is an integration of Apple’s smart home with industry experts to work across platforms. It will allow users to connect to smart home accessories and will cover 130 products soon. Any element of Apple will not have the access to the data of your activities to ensure maximum security.

The Home app is completely redesigned and has added many new features. The users will now be able to see the views of 4 cameras on the home screen of the app and other camera views with a simple swipe. Categories for climate, lights, security, etc. have been added and the overview of the categories will be given at the top of the screen. The other accessories of each category will be provided to have a detailed overview of everything happening in the home.

The new Car Play will provide content for the entire screen and will adjust according to the size of the dashboard. The user can change radio stations or adjust the temperature within the Car Play in the dashboard. The iPhone will be integrated with the vehicle to show the driving routes, fuel level, and other information on the dashboard. It will also add widgets to the screen for additional functionality. 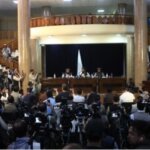 Amitesh Kumar no less than General Dyre: Jwala Dhote stands up for sex workers at Ganga-Jamuna 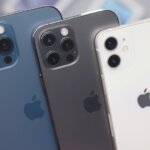