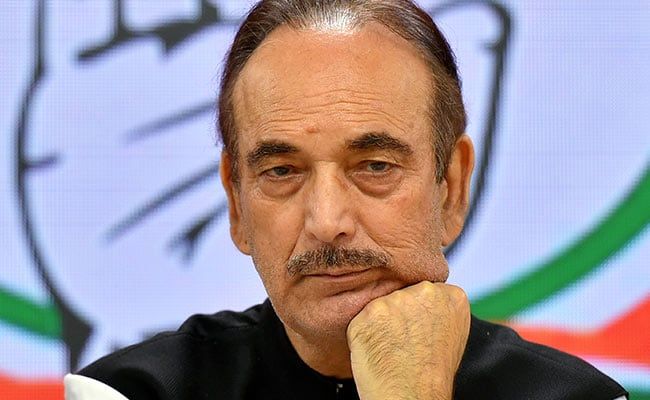 With jabs at the Gandhis, senior Congress leader Ghulam Nabi Azad today blamed Rahul Gandhi for his departure. Azad slammed Rahul Gandhi in a fiery resignation letter, claiming that all key decisions in the party were made by his security guards and personal assistants.

He was appointed Vice President in 2013 after accusing Rahul Gandhi of destroying the party’s consultative mechanism. “All experienced leaders were sidelined,” he said, “and a new coterie of inexperienced sycophants took over the party’s affairs.”

“One of the most egregious examples of this immaturity was Shri Rahul Gandhi tearing up a government ordinance in full view of the media.” The proposed ordinance was developed in the Congress Core Group and then unanimously approved by the Union Cabinet, which is presided over by the Prime Minister. This “childish behaviour completely undermined the Prime Minister’s and Government of India’s authority.”

“Unfortunately, after Shri Rahul Gandhi entered politics, particularly after January 2013, when he was appointed as Vice President by you, he demolished the entire consultative mechanism that existed previously.”

3. All senior party leaders have been sidelined.

“All senior and experienced leaders were sidelined, and a new coterie of inexperienced sycophants took over the party’s affairs.”

4. A gang of inexperienced sycophants is leading the party.

He also claimed that the party was run by a coterie of inexperienced sycophants, with senior leaders being sidelined.

One of the most visible manifestations of this maturity was Shri Rahul Gandhi tearing up government ordinances in full view of the media. The ordinance in question was conceived in the Congress Core Group and later unanimously approved by the Union Cabinet presided over by the Prime Minister.

The former Rajya Sabha MP also lashed out at Rahul Gandhi, blaming his “immaturity” for the Congress’s dwindling political clout and poor performance in elections.