Nagpur: Prime Minister Modi stated on Friday that there was an environment of “indifference” towards the use of technology in governance prior to 2014, and that India now has the potential to become a global drone hub eight years later.

In his speech, he stated that India indicates the possibility of job creation in the emerging sector. He also encouraged young people to start new businesses in the drone industry.

“There were a lot of restrictions on drones until a few months ago,” Prime Minister Modi said. We were able to remove the majority of the restrictions in a very short period of time. We are also working to establish a strong drone manufacturing ecosystem in India through initiatives such as PLI.”

“Technology and inventions were considered to be meant for the elite class,” he said, recalling previous regimes. There was also apathy toward the use of technology in governance prior to 2014, but the poor, deprived, and middle class suffered the most,” said Prime Minister Modi.

“However, after 2014, we began implementing the new mantra of minimum government and maximum governance, with a focus on ease of living and ease of doing business,” PM Modi explained. “Today, we are bringing technology to the masses first.” Thousands of crores of rupees are being transferred directly to the bank accounts of the poor using a robust UPI framework developed in the country. Women, farmers, and students are now receiving direct government assistance.”

When discussing drone technology, the Prime Minister mentioned the PM Swamitva Yojana. “Under this scheme, for the first time, digital mapping of every property in the country’s villages is being done, and digital property cards are being distributed to the people.” With their assistance, up to 65 lakh property cards have been issued.”

Drones will be used more in the defence sector as well. Not only for defence, but also to assist police in managing crowds and traffic during festivals or mass gatherings such as the Kumbh Mela, said Prime Minister Modi.

The Prime Minister stated that his government is promoting telemedicine. “Drones will aid in the rapid delivery of medications.” We’ve already seen it in the delivery of vaccines in difficult terrain,” said technology, which has greatly aided in ensuring last-mile delivery. 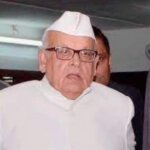 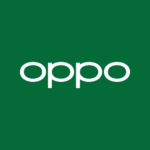