India to pen a framework to combat fake online reviews

Nagpur: The Central government has planned to introduce a framework to curb fake reviews on e-commerce platforms like Amazon, Flipkart, and Reliance Retail.

The Ministry of Consumer Affairs made the announcement during a virtual meeting with various stakeholders to calibrate the magnitude of the muddled fake review blocks and a possible roadmap to deal with this issue.

The Department of Consumer Affairs (DCA) will study how various e-commerce currently checks and scrutinize the fake reviews as well as avail “best practices globally”.

In addition, he stated, “The e-commerce players must also disclose how they select the most relevant reviews for display in a fair and transparent manner.”

Is the issue of fake reviews serious?

In a 2015 document, the European Parliament, the EU’s highest legislative body, defined fake reviews as “Any review that is not an actual consumer’s honest and impartial opinion, or that does not reflect a consumer’s genuine experience of a product, service, or business.”

The DoCA also cited a statement issued by the European Commission on January 20, 2022, which stated that more than half of the 223 websites screened by them did not adhere to guidelines for providing consumers with accurate information.

Concerning the Indian scenario, the statement continued, “Given that e-commerce involves a virtual shopping experience with no opportunity to physically view or examine the product, consumers heavily rely on reviews posted on e-commerce platforms to see the opinion and experience of users who have already purchased the goods or service.” As a result of fake and misleading reviews, the right to be informed, which is a consumer right under the Consumer Protection Act of 2019, is violated.”

Do people rely on online reviews?

According to EU documents, approximately 70 percent to 80 percent of people said that online reviews influence their purchasing decision.

Companies that devised the solution

To combat this, Amazon stated that it employs “machine learning tools and human investigators to weed out fake reviews.”

Tripadvisor also claimed that it removed more than 2 million posts from its websites in 2019–roughly 8% of the total in that year—using “fraud detection technology” used by banks.

What are countries doing to defy this?

Aside from India, the United Kingdom recently announced that fake reviews will be outlawing it.

Transparency has become increasingly important as the e-commerce industry has grown. According to Kearney, a global management consulting firm, the e-commerce sector in India will be worth $40 billion, or more than Rs 3 lakh crore, by 2030. 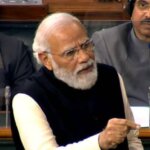 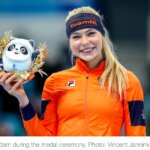 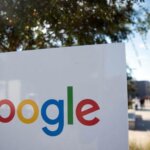