Nagpur – In Hyderabad, a minor girl was allegedly gang-raped in a Mercedes car by juveniles. According to public sources, an MLA’s son was allegedly involved in the incident, and all five accused in the case are minors.

On June 1, police launched an investigation to confirm the facts of the case, which was registered at the Jubilee Hills police station.

The incident occurred on Saturday. The three suspects in the incident were initially charged under Section 354 of the Indian Penal Code and the Protection of Children from Sexual Offenses (POCSO) Act.

Police have altered the case and added section 376 (gang rape) of the IPC to it after the 17-year-old girl was sent for medical examination.

An MLA’s son and the chairman of a minority board, according to a senior police official, were present at the party and accompanied the girl. The victim identified and named only one of the accused, who is also a minor.

The incident has been strongly condemned by the BJP. “One of the five perpetrators of this crime is alleged to be the son of a Majlis-E-Ittehadul Musimeen (MIM) MLA, and another is the son of a minority chairman,” the Telangana BJP said.

Despite the fact that the victim’s parents filed a criminal complaint, no one has been arrested. The BJP has accused the police of being too slow to act in this case.

“We are wondering if the police are waiting for a clearance from MIM chief Asaduddin or CM KCR to make arrests in this case!” says Krishna Sagar Rao, Chief spokesperson of Telangana BJP. A series of heinous crimes, such as daylight hacking, interfaith and Intercommunity murders and rapes, are casting a negative light on Telangana. Fear of the law appears to be at an all-time low in the state.” 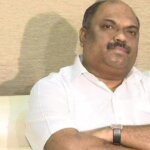 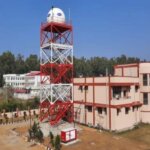 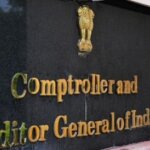