The next monetary policy meeting of the Reserve Bank of India is scheduled to begin on June 6. The meeting will take place from June 6 to June 8. On June 8, RBI Governor Shaktikanta Das will announce the MPC’s key decisions on interest rates, CRR, and reforms.

The RBI will consider retail inflation, which rose for the seventh month in a row to an 8-year high of 7.79 percent in April due to rising commodity prices, including fuel, as a result of the Ukraine crisis. Wholesale price-based inflation (WPI) has been in double digits for 13 months and reached a record 15.08 percent in April.

Shaktikanta Das recently stated, “Expectation of a rate hike is a no-brainer.” There will be some increase in repo rates, but I won’t say how much, other than to say that 5.15 may not be very accurate.”

“We expect the RBI to hike repo rates by another 35-40 basis points in the June meeting,” said Pankaj Pathak, fund manager-fixed income at Quantum AMC. “However, we will not be surprised if they prefer to go slow on rate hikes given the government is also responding to inflation risks.” “The recent announcement of lower fuel prices and lower import duties on edible oils will provide some relief to the RBI.”

“We believe the RBI will be comfortable with this level of liquidity at this juncture,” he added. As a result, the CRR rate may remain unchanged. The bond market is already braced for early rate hikes.

Dhruv Agarwala, Group CEO of Housing.com, Proptiger.com, and Makaan.com,  stated, “At this point, we can understand the RBI’s compulsion to raise interest rates.” The increase, however, should be gradual because it may have an impact on the growth of the real estate sector, which is a major driver of the economy.”

“Unfortunately, with a twin deficit—in both fiscal and current accounts—persistent and rising inflation, as well as the Federal Reserve, increasing rates are likely to continue tightening, the only way out for the RBI is to raise interest rates,” said Rakesh Kaul, CEO of Clix Capital. 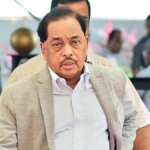 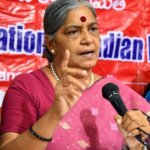 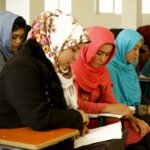 ‘Mullahs, Taliban in power don’t even have high school degrees, but are greatest’