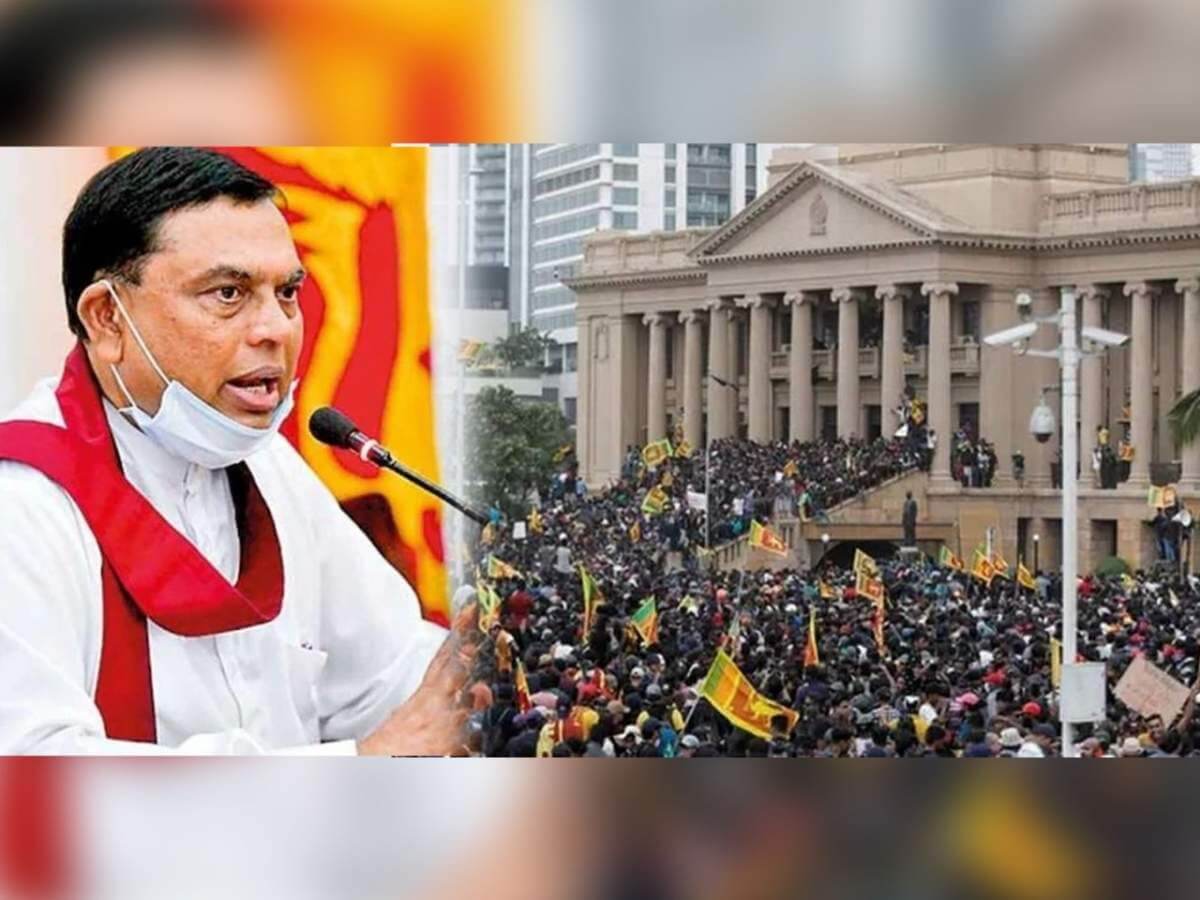 Basil Rajapaksa, Sri Lanka’s former finance minister and younger brother of embattled President Gotabaya Rajapaksa, was turned back at Colombo airport on Tuesday as he attempted to leave the country through the VIP terminal, an immigration officer said, amid mounting anger against the powerful family for mishandling the worst economic crisis.

Basil Rajapaksa, 71, tried to leave the crisis-hit island nation, a day before Speaker of Parliament Mahinda Yapa Abeywardena is expected to publicly announce President Rajapaksa’s resignation to the nation.

President Rajapaksa signed on Monday his resignation letter, dated for July 13, and and it was later handed over to a senior government official who will give it to the Parliament Speaker.

Basil, a US passport holder, resigned as finance minister in early April as street protests intensified against shortages of fuel, food and other necessities and quit his seat in parliament in June.

The Sri Lanka Immigration and Emigration Officers Association said its members declined to serve Basil at the VIP terminal of Colombo airport.

“Due to the crisis situation in the country, it has been decided to withdraw from activities at the Silk Route/CIP passenger clearance activities until further notice, the trade union said in a statement, according to Economy Next website.

“We decided to withdraw from serving the silk route passenger clearance terminal from mid night yesterday, said K.A.S Kanugala, the chairman of the association.

He said the corrupt people were trying to leave the country using the service.

The immigration officials objected to serve him at the VIP clearance line and even the passengers of the Emirates flight to Dubai had objected to his leaving.

Basil is being widely held responsible for the country’s worst economic crisis which has heaped misery on the people.

The political uncertainty prevails in Sri Lanka where the distribution of cooking gas has resumed alongside the delivery of fuel to retailers by the Indian Oil Company after a stoppage on Sunday. Long queues are still seen at fuel pumps.

The protesters continue to occupy the three main buildings in the capital, the President’s House, the presidential secretariat and the prime minister’s official residence, Temple Trees.

Police near the Temple Trees said a clash had erupted between two groups of protesters, injuring 6 people.

With President Rajapaksa’s resignation due on Wednesday, Sri Lanka’s political parties on Monday initiated steps to form an all-party government and subsequently elect a new President on July 20 to prevent the bankrupt nation sliding further into anarchy.

President Rajapaksa has officially conveyed to Prime Minister Ranil Wickremesinghe that he will resign on July 13 as previously announced, the PM Office said on Monday, days after protesters stormed both leaders’ homes in rage over the government’s mishandling of the country’s worst economic crisis.

Parties have begun campaigning for the support of possible candidates. The main opposition SJB said they will campaign for the appointment of Sajith Premadasa as the interim President.

Premadasa said on Monday that Sri Lanka’s main opposition the Samagi Jana Balavegaya (SJB) was ready to lead the country at the presidential and prime ministerial level and develop the economy.

Premadasa said his party is ready to lead a programme aimed at bringing stability to the country.

We will appoint a government headed by a president and a prime minister. There is no other alternative. If anyone opposes this or tries to sabotage it in parliament we will see it as a treacherous act, he said.

The Sri Lankan Parliament will elect the new president to succeed Rajapaksa on July 20, Speaker Abeywardena announced on Monday.
Under the Sri Lankan Constitution, if both the president and prime minister resign, the Speaker of parliament will serve as acting president for a maximum of 30 days.

The Parliament will elect a new president within 30 days from one of its members, who will hold the office for the remaining two years of the current term.
Sri Lanka, a country of 22 million people, is under the grip of an unprecedented economic turmoil, the worst in seven decades, leaving millions struggling to buy food, medicine, fuel, and other essentials.

Schools have been suspended and fuel has been limited to essential services. Patients are unable to travel to hospitals due to the fuel shortage and food prices are soaring.

Trains have reduced in frequency, forcing travelers to squeeze into compartments and even sit precariously on top of them as they commute to work.

In several major cities, including Colombo, hundreds are forced to stand in line for hours to buy fuel, sometimes clashing with police and the military as they wait.

The country, with an acute foreign currency crisis that resulted in foreign debt default, had announced in April that it is suspending nearly USD 7 billion foreign debt repayment due for this year out of about USD 25 billion due through 2026. Sri Lanka’s total foreign debt stands at USD 51 billion.

Who is assisting and what caused Sri Lanka’s economic crisis?

Due to a serious lack of foreign currency, Rajapaksa’s administration has been unable to purchase fuel and other necessary imports, which has resulted in crippling power outages that can last up to 13 hours. Along with shortages, everyday Sri Lankans must contend with skyrocketing inflation.

The country’s economic growth has been negatively hampered by massive amounts of foreign debt, many lockdowns, surging inflation, a shortage of gasoline, a decline in foreign currency reserves, and currency devaluation.