Tribal communities demand a separate religious code, but why? 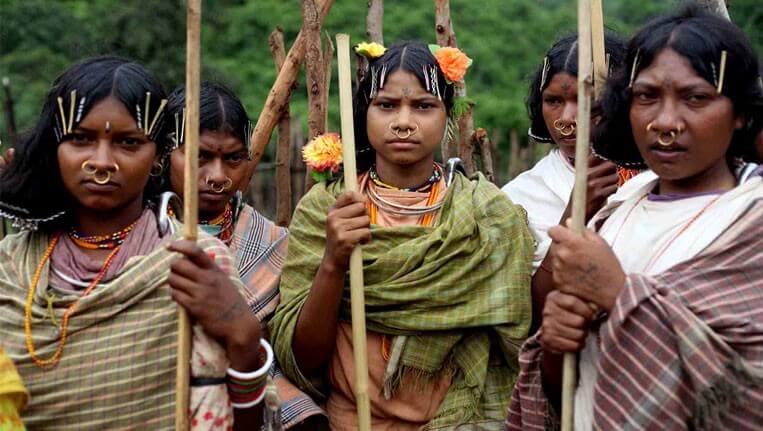 Tribal communities from five states, including Jharkhand, Odisha, and Assam, are demanding that their religion be designated as “Sarna” and that they be counted as such in the next census.

They argue that tribal people have their own religion, religious practices, and customs, which the government should recognize. In the country, tribal communities are misled into embracing other faiths.

“We adivasis are neither Hindus nor Christians,” Salkhan Murmu, a prominent tribal leader from Jharkhand, told PTI. “We have our own way of life, religious practices, customs, culture, and religious thoughts that are distinct from any other religion.” We worship nature rather than idols. “There is no Varna system in our society, nor is there any kind of inequality,” he stated.

What exactly is the Sarna religion?

People who believe in Sarna practice nature worship. They believe in “Jal, Jungle, Zameen,” and thus worship trees and hills, as well as protecting forest areas.

Jharkhand is home to 32 tribal groups, eight of which are particularly vulnerable. Many adhere to Hinduism, while others have converted to Christianity. As a result, a segment of the community wanted to preserve the community’s religious identity, so they began demanding a separate Sarna religious code for the upcoming census.

According to the report, over 50 lakh tribes in the country declared their religion as ‘Sarna’ in the 2011 census, which was not even a code.

What is the demand for the Sarna religious code?

The Jharkhand government passed a resolution in November 2020 requesting that the Centre government recognize the Sarna religion and include it as a separate code in the next Census. The tribal population in Jharkhand fell from 38.3 percent in 1931 to 26.02 percent in 2011. However, tribal members who migrate for work are not counted in the census because they are not counted as tribal in other states. As a result, the separate code will aid in the recording of their population across the country.

In 2013, a statue depicting Mother Mary in a saree, her hair in a bun, bangles around her wrists, and carrying infant Jesus on a sling like a tribal woman was installed in Singhpur, fueling demand for a separate code.

Saran followers and leaders saw this as a strategy for converting tribes to Christianity.

According to The Hindu, with growing demands for a Sarna religious code in the next census, RSS-backed outfits in Jharkhand are attempting to persuade tribal people that they are Hindus.

“Christian missionaries first started converting poor tribal communities with the promise of English education, jobs, and hospitals,” activist Handu Bhagat told The Hindu ” Now, Hindu groups are employing the same tactics to accomplish something far more sinister: changing the very nature of what tribal people believe Sarnaism is and how it should be practiced.”