Why are aspirants riled up about the “Agnipath” scheme?

Why is the Agnipath scheme making headlines? According to railway reports, around 300 train services have been disrupted and another 200 have been canceled due to violent Agnipath protests.

A large group of youths vandalized two trains at Ballia railway station and set fire to a train compartment on Uttar Pradesh’s Washing line. In Secunderabad, one person was killed and at least eight others were seriously injured after police opened fire to disperse protestors who thrashed railway stations and pelted stones.

What is the Agnipath scheme all about?

The primary goal is to reduce the age range of the armed forces and the escalating pension bills. The scheme was implemented in response to increased spending on salaries and pensions rather than much-needed military modernization.

Under the scheme, youth aged 17.5 to 23 will be hired directly from educational institutions or through recruiting rallies. They will serve for 3.5 years after completing a six-month intensive training program.

Only 25% of the best performing army personnel will be offered a 15-year extension after four years in the military. These troops will be known as Agniveers

In addition to the salary, they will receive approx 40,000 per month during the fourth year of service, and the administration will contribute to the fund’s corpus, which will provide a retirement benefit of around INR 11 lakh upon exit.

Major concerns about the scheme

While the center emphasizes the program’s benefits, the concerns go unaddressed. According to the news agency PTI, Lieutenant General Vinod Bhatia believes the Agnipath scheme will bring the armed forces to an end.

“There was no pilot project, and it was simply implemented.” will result in the militarization of society, with nearly 40,000 (75 percent) youth returning year after year, rejected and dejected, semi-trained in arms by ex-Agnives. This is a terrible idea. “No one benefits,” said Bhatia.

It is also being held accountable for failing to provide recruits with permanent jobs or the promised pensions and healthcare benefits even after they retire.

The government also stated that the military service intake in the coming years will roughly triple what it is now, with several options available to those who are demobilized after four years. Each batch will have 25% of the Agniveers chosen for the permanent cadre in the armed services.

The remaining 75% of Agniveers will have numerous opportunities to carve out their own career path.

Why are protests happening?

Previously, young aspirants aged 16.5 to 21 were chosen for a minimum of 15 years. When they retired, they would receive a pension. The new system completely replaces the old one.

Bihar’s government has restricted internet access in 12 districts until June 19. Internet outages have been reported in Palwal, Haryana, and the Ballabhgarh region of the neighboring Faridabad district.

In accordance with the Temporary Suspension of Telecom Services rules, the government has ordered all internet providers to prohibit users from exchanging posts or visual material via a list of social networking websites that includes Facebook, Twitter, WhatsApp, Telegram, Reddit, Snapchat, YouTube, and others. 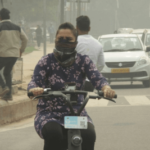 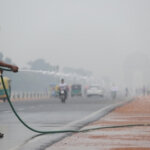 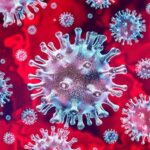 No case in India yet, ready to tackle if any case reported: Mandaviya