Dogecoin creator Jackson Palmer yens for the ‘End of Crypto’

Nagpur – Dogecoin was conjured up as a joke by software engineers Billy Markus and Jackson Palmer in the year 2013. The first cryptocurrency, also known as “memecoin,” was designed to flip flop cryptocurrency market speculation and introduce altcoins with little or no value .

Conversely, the coin was endorsed by celebrities such as Snoop Dogg, Gene Simmons, and Elon Musk and quickly became the world’s most popular cryptocurrency, with a market cap of more than $10 billion.

Jackson Palmer told the Australian e-magazine Crikey that he wishes for “The end of crypto” and that “people are doing nothing but making money off doing nothing.”

Palmer believes that the digital asset industry is en vogue and “almost purpose-built” to extract wealth from uninformed and unfamiliar investors by making them invest funds in assets they do not fully comprehend.

“The cryptocurrency industry isn’t really decentralized,” says Palmer. It is ruled by “A powerful cartel of wealthy figures,” who have gradually integrated “many of the same institutions tied to the existing centralized financial system they ostensibly set out to replace.”

Palmer wrote last year about the cryptocurrency market: “The cryptocurrency industry leverages a network of shady business connections, bought influencers, and pay-for-pay media outlets to perpetuate a cult-like “get rich quick” funnel designed to extract new money from the financially desperate and naive.”

“There has been a drought of skepticism in recent years.” However, there has been an awakening between now and then as a result of people losing money. They’re releasing a song called “Well, this is actually bullshit.” “They’re noticing the cracks in the paint,” he explained during the interview.

“There will eventually be a rash,” he continued, “but it will disproportionately affect minorities and those at the lower end of the socioeconomic spectrum.”

“He’s a grifter; he sells a vision in the hope that one day he’ll be able to deliver on what he’s promising, but he has no idea.” He’s just really good at pretending to be knowledgeable. This is evident in Tesla’s full-self-driving promise.

Musk recently drove Dogecoin to new highs. This becomes less interesting and more concerning when combined with the fact that Dogecoin, along with Bitcoin and Ether, is part of his portfolio.

Musk has also added the coin as a payment method for Tesla merchandise, and he plans to launch it for SpaceX soon. 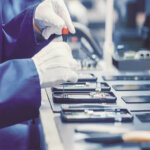 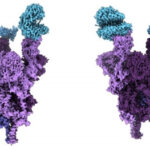 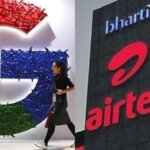