In his first address to the nation after assuming power last month, Shehbaz talked mostly about the domestic problem faced by the government.

His main focus was the relief package for the vulnerable groups after the government increased the petroleum prices to get an assistance package from the International Monetary Fund (IMF).

The prime minister said the move to increase fuel prices was necessary to avoid Pakistan from facing bankruptcy.

“The previous government had announced a subsidy which could not be supported by the treasury. We took the decision by preferring the country on our own interest,” he said.

To mitigate the impact of the hike in the petroleum prices, he announced a ₹ 28 billion per month relief package to provide ₹ 2,000 per month to about 14 million families.

“These families comprise almost 80 million individuals which is one third of the total population of the country,” he said.

Shhebaz also blamed the previous government for the current hike in petroleum as it has committed with the IMF for this increase.

“You made a deal with the IMF, not we; you accepted their tough conditions, not we; you burden the people with inflation, not we; you pushed the country into an economic puddle, not we…,” he said.

He also announced launching consultations with all political parties for agreeing on a Charter of Economy, so that no government in future could change the economic direction of the country.

Justifying the vote of no-confidence against former premier Imran Khan, Shehbaz said the previous government had destroyed the country. “We changed a corrupt government on the demand of the people,” he said.

Shehbaz came to power last month when he formed a coalition government after Khan was removed through a no-confidence vote.

The new government faced tremendous economic and political challenges but it has started making tough decisions, starting the hike in petroleum prices, to tackle these problems. 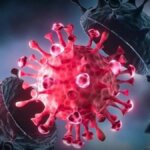 India records over 46,000 cases in 24 hours; Delta-plus variant creates panic in the US 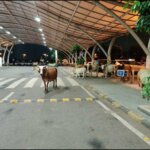 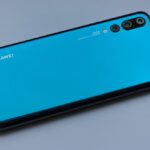