AMSTERDAM – The British School of Amsterdam in South has won the Geurt Brinkgreve Cup 2021.

This award is presented every year by the Municipality of Amsterdam to the best initiative for the redevelopment or renovation of Amsterdam’s heritage.

Geurt Brinkgreve, after whom the prize is named, is known as one of the most important fighters for the preservation and restoration of the city center of Amsterdam.

After a pre-selection with eight other nominated projects, The British School of Amsterdam won the cup and left two other finalists, Papaverhoek in Noord and Trinity Buildings in Zuidoost, behind.
housing

The British School of Amsterdam was founded in 1978 and used to be located in three separate buildings.
Here education was given to different age groups: Early Years, 3 to 6 years, Junior School, 6 to 11 years, and Senior School, 11 to 18 years. In recent years,
The British School of Amsterdam was looking for a suitable location that could accommodate all students under one roof. A place where not only students and teachers could come together, but which could also provide a solution to the logistical challenges faced by parents and teaching staff. In 2015,
The British School of Amsterdam bought the former prison at Havenstraat 6. Partly thanks to the design of Atelier PRO Architecten and Van Hoogevest Architecten, who signed for the renovation of the striking building,

The British School wanted to retain as much of the original building and its distinctive features as possible.

Various original elements, such as the cross-shaped building, the central center and the corridors, are still in their original condition. Two former prison cells recall the building’s history.

This is where resistance fighters were imprisoned during World War II, including Hannie Schaft, also known as ‘the girl with the red hair’. “Jail is not a place you like to go to.
However, we are proud that we were able to transform this beautiful building into a location where everyone would like to be,” says architect Dorte Kristensen of Atelier PRO.

Carien van Hoogevest of Van Hoogevest Architecten agrees. “The original 19th-century design can still be seen and is embraced by the new ‘residents’ of the building. The authentic red walls have been preserved and it is very satisfying to see this well received.”

The building is equipped with all kinds of modern amenities, such as its own gym, catering facilities and an attractive theater room. The metamorphosis is based on a balance between old and new elements.

The classrooms are designed in such a way that there is a good flow: from quiet areas to locations that are specially designed to stimulate collaboration and interaction. Each section has its own wing, maintaining the individual charm of the building and adapted to the age groups 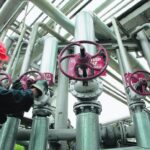 Indian oil purchases 3 mln barrels of oil for May loading 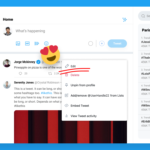