Ukrainian refugees get special status in the European Union

Ukrainians will be able to stay in the European Union for up to three years without having to apply for asylum. They receive a special residence status. EU countries have agreed on a new directive for refugees from Ukraine.

It is the first time such a special protection scheme has been introduced in the EU.

More than a million Ukrainians have fled their country in a week. In 2015, during the peak of the refugee crisis, some 1.4 million refugees came to Europe throughout the year. It is therefore certain that the war in Ukraine will lead to much greater numbers than then.

This prompted the European Ministers of the Interior to make agreements about the distribution and reception of these refugees. “We will have to do a huge job in the coming period, because I expect the numbers we are seeing now will increase significantly,” said State Secretary Eric van der Burg.

Few countries can process the asylum applications of so many refugees at the same time, so the intention is that Ukrainians do not have to apply for asylum.

Since the 2017 Association Agreement, Ukrainians have been allowed to travel freely within the EU for 90 days without a visa. Although Ukrainians themselves have now become refugees, refugees from Afghanistan, for example, also reside in Ukraine. This group, who have been given a status in Ukraine, can now also make use of the new protection directive.

With this special directive, the hope is that the pressure on the asylum seekers’ centers will not become too great. Municipalities will now have an important role in the reception of the refugees.

Not everyone will be able to make use of the measure, however. Foreign students or expats, for example, have to return to their own country or apply for asylum.

Poland, Slovakia, Hungary and the Czech Republic threatened to vote against the scheme if it were to apply to everyone from Ukraine. In the end, the countries reached a compromise. Some countries, including the Netherlands, have indicated that they will receive everyone generously.

The EU countries must indicate how many refugees they can receive. It will become clear in the near future what this distribution will look like. 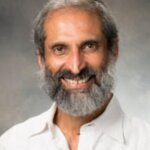 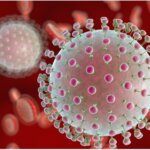 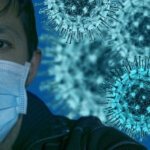 Omicron variant confirmed in another 18 people in the Netherlands