Nagpur: The Environment Ministry this week issued its ” Draft E-Waste Management Rules,” which set a new standard for businesses and firms to follow when it comes to recycling electronic waste.

The new draught rules have triggered a new round of public comment, and it is expected to go into effect later this year. It also established a system of tradable certificates, similar to internationally traded carbon credits.

By 2023, all businesses and electronic manufacturers that generate e-waste must ensure that at least 60% of their electronic waste is collected and recycled. In addition, they must collect 70% of waste by 2024 and 80% by 2025 in order to recycle it.

What is a Tradable Certificate System (TCS)?

Carbon credits are permits that allow a company to emit a certain amount of carbon dioxide or other greenhouse gases within a specified time period.

These permits are now tradable, and their prices are determined by supply and demand. Companies usually pollute less than they are allowed to in order to sell their credits to others.

Violators will also be required to pay a “environment compensation” fine, which will be partially refunded depending on how late the offenders meet their targets. The rules specify consumer electronics, telecommunications equipment, medical equipment, and electronic tools.

But first, EPR stands for Extended Producer Responsibility (EPR), which is a policy approach in which producers are given significant financial and/or physical responsibility for the treatment or disposal of post-consumer products.

The chairman of the Central Pollution Control Board (CPCB) will oversee implementation and coordinate the trading of EPR certificates.

According to the Global E-Waste Monitor 2017, India is estimated to generate approximately 2 million tonnes of e-waste each year, ranking fifth among e-waste producing countries. The leading producers of e-waste are the United States, China, Japan, and Germany.

India first enacted e-waste management regulations in 2016, which were later amended in 2018. 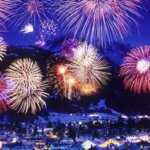 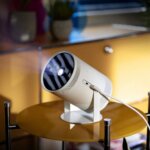 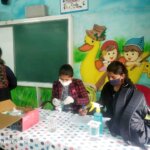 NMC all set to tackle the rising cases