Modi also appealed to him to return to the path of diplomatic negotiations and dialogue. In the telephonic conversation, Modi stressed about how India’s top-most priority is safe exit and return of its citizens from Ukraine amid the crisis.

As per the Prime Minister’s office, Modi called for concerned efforts from all sides to return the path of diplomatic negotiations. He further said that differences between Russia and NATO can be resolved through honest and sincere dialogue.

Reportedly, Putin gave a brief about the recent developments in Ukraine to Modi. As per various reports, around 16,000 to 18,000 Indian students are still stuck in Ukraine due to the closure of the airspace and came back to New Delhi.

According to the press release by India’s Ministry of External Affairs, the leaders agreed that their officials and diplomatic teams would continue to maintain regular contacts on issues of topical interest.

What’s happening in Russia and Ukraine?

Russia President Vladimir Putin on Thursday announced ‘military operation’ in Ukraine and called on Ukraine to ‘lay down its weapons.’

As per reports, Putin also vows retaliation against those who interfere with Russian Ukraine operation. The Russian forces have claimed that they have destroyed Ukraine’s airbases and also downed fove aircrafts.

Ukraine President Volodymyr Zelensky said that he initiated a phone call with the president of the Russian Federation and added that the result was ‘silence.’ Zelensky made an emotional appeal to the Russians to reject an attack and said, “Who can stop (the war)? People.

These people are among you, I am sure.”

Amid the crisis in Russia and Ukraine, Pakistan Prime Minister Imran Khan arrived in Moscow to hold talks with the Russian President. Khan in a bizarre statement said, “What a time I have come, so much excitement.”

On the other hand, soon after Putin’s surprise address to the nation, US President Joe Biden took to Twitter and said that the world will hold Russia accountable for death and destruction. “Russia alone is responsible for the death and destruction this attack will bring, and the United States and its Allies and partners will respond in a united and decisive way. The world will hold Russia accountable,” Biden said.

But why exactly has a war-like situation risen in Ukraine and Russia? Here’s the explanation. 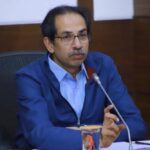 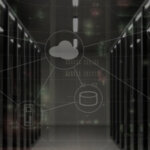 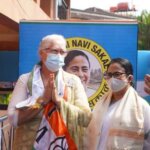